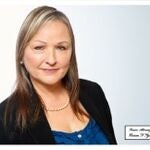 Attorney Vivian Szawarc, an immigrant herself, was born in Argentina and migrated to the United States of America at age 19. She has worked for the Los Angeles District Attorney's office and has represented hundreds of clients. She graduated from UWLA School of law and became an attorney in 1993. Throughout her career, her focus has been fighting for the rights of immigrants.Vivian is a member in good standing of American Immigration Lawyers Association (AILA), Los Angeles County Bar Association (LACBA), California Bar Association, and MABA , She is also counsel for the Mexican Consulate at Los Angeles. She is licensed to practice immigration law in all states and territories of the United States, the United States District Court for the Central District of California and in the 9th Circuit Court of Appeals. Some of her volunteer work consists of working with non-profit organizations that work with abused women. She has assisted numerous clients obtain legal status.

Get The Legal Help You Need.

Thank you for contacting us. We will get back to you shortly.

Please complete all required fields below.

The Law Offices of Vivian N. Szawarc represents clients who have immigrated to the United States from all over the world, and our goal is to keep your life running smoothly for as long as you would like to remain in this country. Call us or fill out our online contact form.