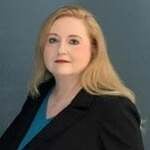 Sondra Turin is an attorney with over 20 years of experience in immigration law during which time she has represented a spectrum of clients in securing their immigration status. She has successfully litigated immigration cases before the U.S. immigration courts, the Board of Immigration Appeals, the Fifth Circuit Court of Appeals and the U.S. Supreme Court. She was born in Mexico City, Mexico and raised in Fort Worth, Texas. She is a dual citizen and is fluent in Spanish. After receiving her B.B.A. in Business Management from Texas A&M University, she attended the University of Texas School of Law. During law school, she was an Articles Editor for The Review of Litigation and a member of the Board of Advocates. Sondra is admitted to practice in both California and Texas.

Get The Legal Help You Need.

Thank you for contacting us. We will get back to you shortly.

Please complete all required fields below.

The Law Offices of Vivian N. Szawarc represents clients who have immigrated to the United States from all over the world, and our goal is to keep your life running smoothly for as long as you would like to remain in this country. Call us or fill out our online contact form.